Bharat Electronics Limited is one of the largest players in their line of work, and therefore a hugely successful corporation. Although BEL India predominantly produces electronics and defense military devices and electronics, this major company also deals with weapon systems meant for attacking targets.

In this article, we will go over their offense products, so keep on reading to learn more about them. This air defense missile system is a medium-range surface-to-air system, which provides a given area with air defense against multifarious air threats, mostly to mobile, semi-mobile and static vulnerable forces, objects and areas. The Akash Missile System has innovative features with cross-country mobility.

One of the major features is the real-time multi-sensor data processing and threat evaluation, which enables simultaneous engagements of multiple targets no matter their direction. This entire system is flexible, up scalable, as well as operational in groups and autonomous modes. It works through command guidance and relies on the phased array guidance radar to guide the missile until it is intercepted. Other major features of the system include: As an updated version of the older model, the features of the L 70 Gun Upgradation include:

An all-electric drive that replaces existing hydraulic drives, integrated fire control system with optronic sight consisting of eye-safe LRF, DLTV and TI, autonomous ballistic computation with a round to round correction for muzzle velocity and TILT, silent operation of the gun with batteries, and an interface with TC/FC Radars. This Upgraded Schilka system is an advanced, modern type of air defense system that protects against the attacks of fighter aircraft and helicopters. The upgrades of the new model include replacing the existing radar, the analog computer, the engine, and the GTE with a new state of the art system, while the addition of the air conditioning system for crew comfort should not be overlooked.

Regarding operation, these upgrades to the system provide drastic improvements with the performance, accuracies, power consumption and MTBF. Furthermore, the addition of an electro-optical system that operates in parallel with the radar enables more accurate identification, acquisition, and tracking of targets, all while operating in an ECM environment.

In addition, the system is capable of firing at aerial targets whilst on move, and can also accept cueing from an external surveillance radar. Last but not least, the system can engage enemy aircraft during day or night, and in all weather conditions. Other major features of these systems include: 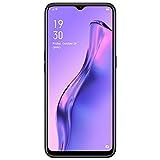