For the people of Mumbai, the monsoon this year brought potholes, bridge collapses, and frequent reports of severe waterlogging. After just a month, 38 people lost their lives, while only 26 died due to the rain last year. The Brihanmumbai Municipal Corporation has reported around 1,700 incidents, including house collapses and drowning, since 1 June. Read on for more on the Mumbai rains.

The Mumbai rains caused a bridge collapse on 3 July, when a part of a foot overbridge in the suburban Andheri railway station fell. Train services stopped, while Overhead Equipment was damaged. One woman died in the accident. After the Andheri bridge collapse, more cracks appeared on a bridge at the Grant Road railway station in the south of Mumbai. In Ghatkopar, authorities diverted traffic from the rail bridge after cracks appeared.

On July 13, one man was killed while another one was injured after their motorcycle skidded over a pothole in Sanpada, Navi, next to Mumbai. In addition, a 40-year-old woman was crushed to death when she fell off her bike on a waterlogged road in Kalyan. Three more such incidents happened in the city.

Maharashtra PWD minister Chandrakant Patil said that pothole roads are not to be entirely blamed for the accidents, “When you talk about a death in such an accident, you forget that five lakh other people have traveled on the same road. You cannot put the entire blame on the (condition of) roads alone.” He added that he did not have all of the required information about the accidents, and that action will be taken against the officials responsible for each accident.

On Saturday, the workers of Congress counted and filled the holes in Bandra, which was a part of its campaign called “Aao Potholes Giney”, meaning let’s count potholes. They started this campaign on Thursday after the Maharashtra chief minister Devendra Fadnavis claimed the number of potholes on the roads decreased drastically. The Congress city unit chief Sanjay Nirupam said that Shiv Sena and the BJP should quit the Brihanmumbai Municipal Corporation because the civic body was not able to free the city roads of potholes.

One senior district official said that Thane district of Maharashtra received 11,446.54 mm of rain this year, 66% of the rainfall during the entire monsoon season of last year. There was 8,613.50 mm in the same period of last year, said the information officer Aniruddha Ashtaputre, while there was a total of 17,150.10 mm in the whole year.

Mumbai rains caused the highest tide of the season, 4.97 m. Because of the fact that a high tide followed by heavy rain may cause waterlogging in low areas, the Brihanmumbai Municipal Corporation closed the floodgates, preventing seawater from flooding the city. The residents of Marine Drive complained that huge amounts of garbage appeared on the iconic coastal road, because of the high tide. One civic official said the cleaning is one of the top priorities.

The highest downpour came on 9 July, causing traffic jams. Numerous roads and streets were flooded while people struggled through knee-deep water. These rains started on 6 July and crippled the infrastructure.

Colaba observatory in the south of Mumbai recorded 170.6 mm of rainfall in 24 hours, said deputy director-general KS Hosalikar of the India Meteorological Department: “It is the highest rainfall of the season so far in 24 hours.”

By the next day, the rain impacted the railways, and Nallasopara was flooded. This lead to disruptions in services, after which all trains were canceled. Several passengers were stranded inside of them for more than 16 hours. The trains are essentially the lifeline of Mumbai, but they moved extremely slowly because of waterlogging. Half hour distances lasted for five hours in worst case scenarios, as the rail tracks and roads were submerged in water. Mumbai rains also managed to cripple the famous tiffin carriers Dabbawalas, known for their punctuality. They were suspended as well. 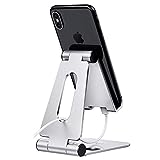 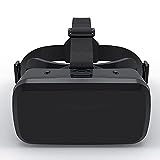 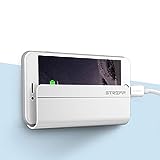 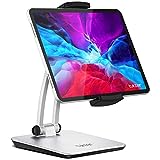 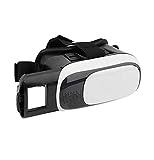