Search
Home
How to

As Indians, we are all attracted to the colorful world of video. Contrary to popular beliefs, this trend is not unique to the present generation. If we walk down three decades down the memory lane, we will see that Indian streets getting deserted when Mahabharat played on DD National, one of the few channels available today.

Over the years, as technology evolved, so did the quality of videos. Since then, one thing that has stood the test of time is the love of the Indian consumer for video content. Today, with an increasing number of electronic devices being available in the Indian market, Indians are consuming more forms of video than ever before.

Easy internet access has opened the doors to a host of entertainment, informational, and other opportunities. People across age groups have now found their genre of videos and rely on that for their entertainment needs. With the astronomically growing popularity of videos in India, here is a look at some interesting facts concerning video consumption in India.

The Popularity of Explainer Videos Indians love entertainment, and it is expected that comedy, entertainment, or controversial videos will gain attention. Other than these conventional top-ranking videos, Indian viewers tend to watch a lot of explainer videos. Ideally, an explainer video is a utility video that talks about a concept, product, or service without in an engaging manner such that the audience does not lose interest.

Indians are generally more conscious about the money that they spend and do not want to make any mistakes on a purchase. With explainer videos, they have a clear idea about what a product or service is expected to do before making a purchase. More and more brands are looking to leverage this interest among the common people by coming up with industry-relevant explainer videos. It is interesting to note that these days, a major part of the marketing funding goes into the conceptualization of an advertisement rather than its publicity. Brands have realized that a touching ad created with a free YouTube video editor is more likely to be watched and shared by the public than a cliché ad that is shared over multiple platforms. As the viewing tastes of the Indian audience has evolved from reading simple texts to expecting high-quality videos, the demand for content-rich videos has only grown.

Virtual Reality is the Next Big Thing Virtual Reality is the creation of an artificial world wherein the user is led to believe that the artificial environment is the real one. With the VR headset market in India crossing $3.4 million, the interest in Virtual Reality is apparent. In recent years, videos in VR are gaining much better response among the Indian public.

Brands are now looking to extend their marketing strategies to the world of virtual reality in a bid to catch the attention of the public. Product demo videos are being designed as VR videos to give the viewer a more realistic experience of the product. This increases the chances of a viewer liking the product and making the purchase. These days marketing professionals are leveraging on the power of interactive live videos to establish a two-way engagement with the target audience. From the Indian audience perspective, it is being appreciated when the audience demand is taken into account.

With live sessions, the audience is no longer leaning back on their chairs, but are identifying themselves with the brand. That way, the live sessions are familiarising a product’s target segment with the product’s best features, logo, etc., thereby increasing the sales. Automation technology has taken the world by storm, and marketing is no exception to this. The popularity of video content has seen a magnanimous increase since video content started getting integrated with Marketing Automation Systems (MASes).

Under this approach, startups and larger companies opt for some updated video making tool like Invideo to create an engaging video that is then fed in the organization’s MAS. That way, companies were able to fetch detailed data on their videos.

This enabled them to chalk out a line between the mass viewers and the dedicated target audience and understand what each party expected. With these data, brands can have a clearer picture of public expectations and can create engaging storytelling ads that strike a chord with the audience. In recent years, quality online content is being created for the Indian audience. With Amazon Prime and Netflix creating original content in Indian languages, the audience started talking to different OTT platforms. Hotstar, Sony Liv, and Ozee are some of the OTT platforms by the leading Indian broadcasting channel.

The immense popularity of such platforms had a significant role to play in online content replacing conventional television. Similarly, for a nation where cricket is more than just a game, the live broadcasting of cricket matches on online platforms was an added boost. As more people take to online platforms, brands are noticing higher returns on their investments when they direct their marketing efforts through online videos.

Thus, you see that the shift to video content has been steep, and bands are trying to keep pace with that. With an increase in the pool of content available and a decrease in the attention span of people, it is understandable that shorter videos are gaining popularity.

In a short period, the better the story you can tell, the more are the chances of people listing to you. And, if the content is good, Indians do not mind shelling out money to view that. As the wave of digitization ushers in a new era of video content, we only have to wait and watch to know what the future unfurls. 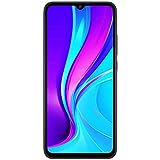 Samsung Galaxy M21 (Midnight Blue, 4GB RAM, 64GB Storage)
Check on Amazon
We use cookies to ensure that we give you the best experience on our website. If you continue to use this site we will assume that you are happy with it.Ok