We have long expected a new sequel of the popular “Kingdom Hearts” video game, and it finally arrived. This video game has a special place in the hearts of many gamers, because some have grown up with it. Also, there are well-known numerous Disney’s characters that we all know from movies. However, the new sequel is done at a very high level because it offers fans a large number of detailed levels as well as a varied combat. All this should be enough for you to try the new “Kingdom Hearts” and return to childhood.

So, the levels are very interesting and detailed, and you certainly will not be bored at any moment. A large amount of treasures as well as Mickey emblems are waiting to be collected, and this quest will make the fun even bigger. There are some new functions that have not been represented before in the game, such as control of toy mechs or piloting the ship on the sea.

We must say that the story is a bit neglected, first of all because of the major changes that this new sequel has brought. Of course, the game is not perfect and has its own defects, but all this is irrelevant if we look at the improvements made in “Kingdom Hearts 3”.

The story follows Sora, who, along with Goofy and Donald Duck travels through various Disney’s worlds. Everything starts at Thebes and Olympus, from where Sora, Donald Duck and Goofy start their journey. They represent the power of true friendship and together they fight against the forces of darkness, the so-called Heartless. One new feature is Attraction Flow, a system that allows you to summon Disney Park-like rides during the battle. This new feature allows you to beat the Heartless enemies in order to win the battle.

One of the big excitements during the gameplay will certainly be testing Sora’s keyblades. They can be transformed and each of the keyblades will certainly help you a lot in every battle. For example, if you need reinforcement, you will be able to do that with the help of Tangled keyblade, because it can create duplicates, while Toy Story’s keyblade will enable you great attacks. Besides keyblades that can help you a lot, during the battle you can also use some Sora’s skills. These skills are for example fire-roaring Simba and fountain-creating Ariel.

The new continuation of “Kingdom Hearts” brings us seven well-known worlds from Disney’s films. Maybe it’s a little weird that there are no classic worlds like Aladdin and Snow White, but Square Enix made a good decision when it put some of the new titles like Monsters, Inc., Big Hero 6, and Pirates of the Caribbean. If you play “Kingdom Hearts” on the PlayStation 4 or Xbox One Pro X, you will have the opportunity to see a great similarity to Disney’s 3D movies.

The creators of this video game have really made effort to present every detail from Disney’s world, which is particularly noticeable in Hercules’ Mount Olympus and Toy Story world.

Certainly, one of the most interesting worlds in “Kingdom Hearts 3” is the Pirates of the Caribbean world. In this world, Sora has the ability to navigate the boat and explore the sea, but also to participate in maritime battles. In this world you will have the opportunity to feel like being a pirate. In addition to this, the aforementioned Toy Story world and Arendelle world also have high-level playing experience, while the Frozen world gameplay is a bit tougher.

Another interesting thing about Frozen and Tangled world is that they can be a little bit harder to play, primarily because of the environment that is often repeated, and this may be a problem in the orientation. In any case, all fans will have a great opportunity to explore each of the offered worlds of Disney. The worlds allow you to explore all the characters you will meet in the worlds, and, for example, Goofy, Donald Duck and Sora will cooperate with Olaf in Frozen World, which is really great.

Dive Into the Heart

Given that many years have passed since the last sequel of the game, “Kingdom Hearts 3” was supposed to be the highlight of the previous events. The new installment gives us a wonderful story about the power of friendship, but it’s not that fascinating. However, this is negligible because the game is expected for a long time, and has brought great improvements, so all the true fans are happy that they will have the opportunity to enjoy it. From some of the most beloved Disney’s characters, through new worlds and environments to amazing battles, we firmly believe that everyone will truly enjoy playing “Kingdom Hearts 3.”

One of the main features of “Kingdom Hearts 3” is certainly the battles that will test your combat skills. There is no doubt that battles are one of the main attractions in the game, because they bring numerous dramatic moments. As we have said, this sequel is in some way a culmination of all the previous ones, so it will be suitable for new gamers who want to try to play. Even those who have never played some of the previous installments of the franchise will surely have no problem fitting.

Although we have been waiting for the new “Kingdom Hearts 3” for a long time, it finally arrives on January 29th. The Square Enix made in collaboration with Disney truly amazing game and we believe that all fans will agree with this. All the worlds that we will have the opportunity to explore are presented in detail. Still, seeing Disney’s favorite characters working together is truly incredible, as well as the story itself that reminds us of true friendship. There is no doubt that we will all enjoy together in the new “Kingdom Hearts 3”. 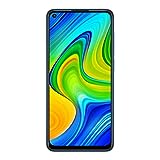 Redmi Note 9 (Pebble Grey, 4GB RAM 64GB Storage) - 48MP Quad Camera & Full HD+ Display - 3 Months No...
Check on Amazon
We use cookies to ensure that we give you the best experience on our website. If you continue to use this site we will assume that you are happy with it.Ok